After almost 4 years, I finally decided to update this blog. A lot of things happened in the past. Got busy with some projects; may mga natuloy, may mga nabitin. I even joined the BPO industry for a couple of years. I had a chance to work as a call center agent for a Facebook game (FarmVille) and as an email and chat support for eBay. It was such a very rewarding experience. I gained more knowledge and self respect, met new friends, acquired deeper understanding with the environment I never thought I could cope up with.

Anyway, wanna know the reason why I'm saving this blog site from extinction? The answer is simple and precise. KOMIKS! Yes, that's right...for the love of COMICS. I thought I would never have a chance again to do what I love the most...writing comics scripts. My passion. My cup of tea. My Adamantium. My Kryptonite.

In the early days of 2012, we started to hold a series of meetings in Quezon City. We meet the "Mastermind" every Tuesdays or Wednesdays to brew some "coffee" and bake some "cookies". We started out as six (6) enthusiastic and excited individuals, full of hopes and dreams, crossing our fingers while praying for success. Finally, after almost a year of consistent meaningful blabbering, brain pickings, gobbling pansit and mamon and pizza and bottomless bottles of beer...the fruit of our passion has been served.

This year 2013, BLACK INK COMICS came to life...ready to entice the appetite of the new generation of Filipino comics enthusiasts (both young and young at hearts). 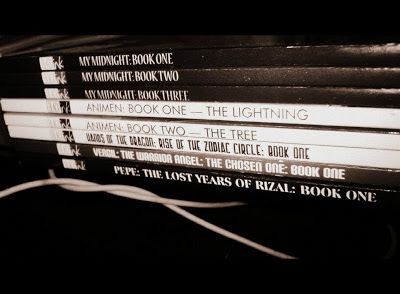 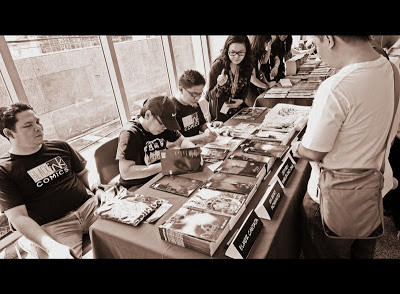 It was truly the start of something big, I can say. Since then, our group continuously received positive comments and feedback from those who already got some copies of our comics. It inspired us to keep on digging for more concepts and ideas that we can serve to all the comics lovers throughout the country. We're also thankful to our publisher (Segundo Matias Jr.) for his undying passion and enthusiasm for this project, for the trust and belief that he gave us (writers and artists) to make this project come into reality.

January 13, 2013 is also a significant date, 13 Black Ink Comics titles were officially launched and became available at all Precious Pages stores and National Bookstore branches nationwide. Aside from the above mentioned titles, THE REAPER (Nald Tabuzo/Vovoi Lim) has been included to the list of available graphic novels. Also, 4 SHORT CUTS imprints (3 in 1 anthology) has been added. 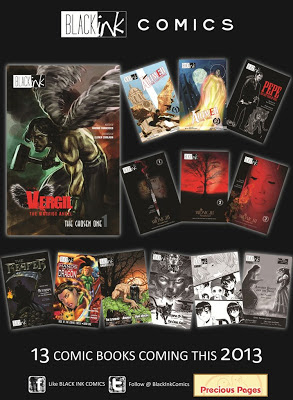 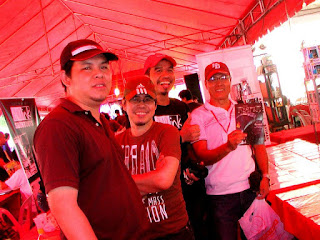 With these exciting turn of events for MAINSTREAM Filipino Comics, I can say without any doubt...good things are yet to come! We, the creators of Black Ink Comics are more than happy and privileged for being a part of this remarkable development in the history of Philippine Comics. Suportahan po natin ang gawang PINOY!

WHICH GENRE WOULD YOU LIKE TO READ IN A COMIC BOOK?